What happens when a law professor gets a traffic-camera ticket? It becomes “the Constitutional Trial of the Century,” of course. An excerpt of the essay from law professor Adam MacLeod:

Before the trial, I moved to dismiss the case. I wanted the judge to pay attention, so I tried to make the motion interesting. Okay, maybe “interesting” isn’t the best word. It was over the top. I alluded to Hobbes and Locke. I quoted the Declaration of Independence. I suggested the success of the American experiment was at stake. I resorted to superlatives. You know: all the stuff I teach my law students never to do.

It’s a pretty amusing post, although I wouldn’t necessarily rely on some of the legal arguments MacLeod makes. For example, MacLeod argues that it is unconstitutional for a municipal government to issue a ticket for a civil speeding offense because the government was not injured and therefore lacks Article III standing. He calls this “American Constitutionalism 101:”

Standing is a requirement for a person who wishes to enlist a state’s judicial power against another person. No fellow citizen can haul you into court without first alleging that you wrongly caused some particular injury to that person.

A city cannot lawfully do to you what your fellow citizen cannot do to you. And it has no standing if it has suffered no particular injury. If a driver rolls through a yellow light at an empty intersection and fails to cross the line before the light turns red, no one is injured, least of all the city.

That’s not right. First of all, Article III is only a limit on the federal judicial power. This was a case in municipal court, not federal court, so Article III’s limits need not apply. See, e.g., Los Angeles v. Lyons, 461 U.S. 95 (1983) (noting that “state courts need not impose the same standing or remedial requirements that govern federal-court proceedings”).

Second, even if we treat this as if it were a case brought by the federal government in federal court, Article III standing limits do not apply to the executive branch. The Constitution bestows on the executive the duty to “take Care that the Laws be faithfully executed.” My understanding is that, in light of that, the federal judiciary cannot impose a standing limit on the executive branch without violating the separation of powers. See Lujan v. Defenders of Wildlife, 504 U.S. 555, 576-77 (1992); Consumer Financial Protection Bureau v. Gordon, 819 F.3d 1179 (9th Cir. 2016) (“As part of our separation of powers foundation, the Executive Branch is charged under our Constitution with the enforcement of federal law… . [T]he Executive Branch and its duly appointed officers are excepted from the generalized grievance prohibition that private parties face under Article III.”). 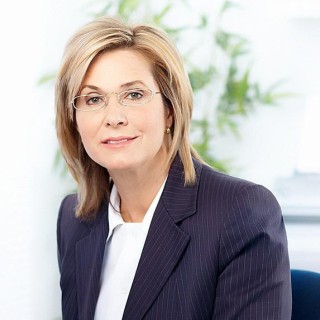 Our law firm is composed for veterans and very competent accident and personal injury lawyers that are sincere and fully committed on serving the needs of our clients regardless of their financial conditions. Our firm was also acknowledged by media and newspapers for this commitment. We also offer free legal advice on our social media accounts, so follow us for more of our updates.